Jordan Marinov: Dancer, Choreographer, Director
Jordan’s dancing and acting have taken her around the world -- from NYC to the Russian Embassy, to Cyprus. She has worked as a dancer, actress, and choreographer for film, television, commercial, music video and concert works. She has had the pleasure of working with Kathryn Bigelow for HBO as an actress, choreographer and casting director. Jordan also appears in the music video Trail of Blood by actor & hip-hop artist Slaine directed by Los Silva. Jordan recently appeared as a supporting actress in a Comedy Central Pilot and in a short film called Without Meaning.


Jordan is currently Artistic Director of Marinov Dance, which, in collaboration with Bill Hayward created The Intimacies Project: a series of daring multi-media events about relationships and the impossibility of love. The Intimacies Project film was screened at Tribeca Grand in New York City during Fashion’s Night Out in 2011. The project earned a space grant from Chashama, the Port Authority of New York and New Jersey, The Fashion Center BID, and the Times Square Alliance to perform two shows per day in NYC for two weeks in 2009. Marinov Dance was commissioned to set work and perform at the Rio Grande Theatre in New Mexico in 2010. Marinov Dance performed in the Margulies Gallery in Miami for the Wynwood Art Festival in 2012. Her dancing and choreography can also be seen in Bill Hayward’s upcoming film Asphalt, Muscle and Bone. Marinov Dance has performed at New York Live Arts, John Jay College, Galapagos, CPR, Winter Garden in the World Financial Center and Bill Hayward’s studio.

Marinov Dance debuted Mother’s Kitchen a collaboration that includes portraits from Bill Hayward via Skype and live dance in Miami for the Art Live Fair in October 2012 and performed an excerpt of the same piece in Los Angeles the following week at the Electric Lodge Theater.

Marinov Dance premiered pavement woman in San Francisco and Los Angeles in 2013. Jordan was commissioned to create an original work for the students of Loyola Marymount University in fall 2014 and adjudicated a dance short film festival for the University of South Florida. Jordan recently completed two dance short films with Bill Hayward entitled Beauty Is No Show. Jordan recently choreographed a Fred Astaire and Ginger Rodgers inspired short film called Dream Of A Dance directed by Jolie Oliver. Jordan is currently working on choreography for two short films, is launching a major dance based fundraising campaign for Children’s Rescue Alliance and is planning M Dance’s tour to NYC for fall 2015.

"When [her impossibly long legs] are fully engaged, it seems that the tiny space will not contain them. Marinov is an especially compelling artist, with sharp features, raven hair, and lithe body...the dancing is energetic, at times bordering on violent. At times...expresses an animal tenderness." Stacy Harwood-Editor, Best American Poetry Blog. 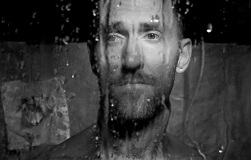 Korhan Basaran is a NY-based dance artist and the Artistic Director of Korhan Basaran and Dancers. He has been in the city dancing, making and teaching dance for the last two years. His works have been performed in various dance venues such as the Cunningham Studio, Baryshnikov Center, Beacon Theater, Baruch Performing Arts Center, The Town Hall, Julliard School, STEPS on Broadway and Peridance, etc. His last gala performance I am Korhan, this is my dance was premiered at the Ailey Citigroup Theater by the end of June where he has received favorable review from the NY Times and other sources. He is happy to be a part of the Intimacies Project. 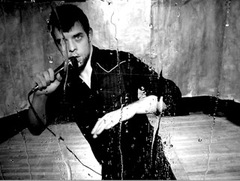 Shane Rutkowski is a graduate of Fordham University and currently dances with Sean Curran Company, Alison Chase Performance, and Ben Munisteri Dance Projects. Credits include: Tap Kids, Scrooge the Musical, NYMF’s Wild About Harry, Cirque du Romeo and Juliet, Nutcracker: Rated R, and Step Up 2: The Streets. Shane has been on faculty for Manhattan Dance Project and Steps on Broadway. He also works as a freelance video editor and as a writer for stage and screen. For more information, visit shaneWHO.info.